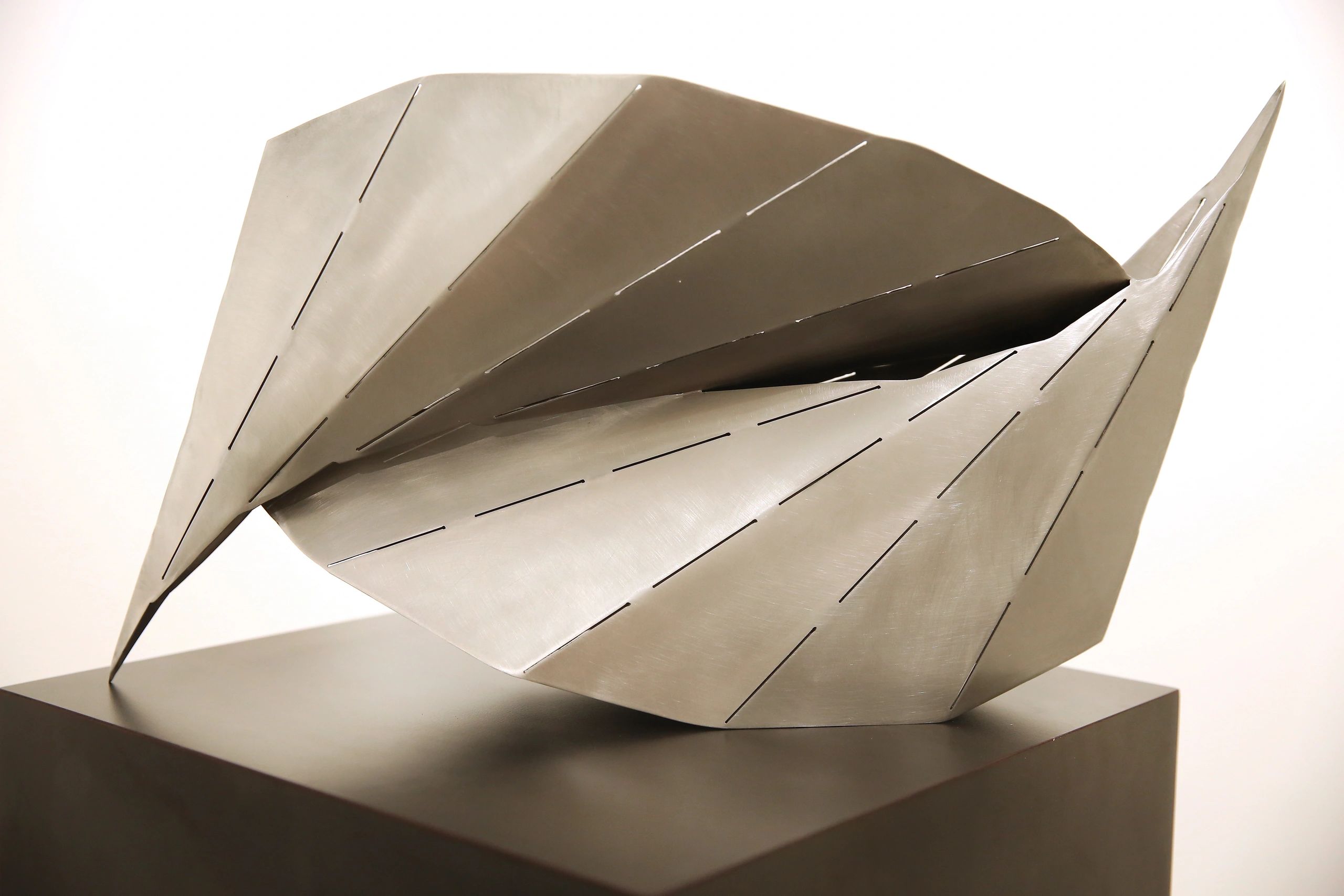 The role of geometry in this recent body of sculpture represents an abstraction of nature, inspired by patterns that are infinite and ever changing. I am interested in the relationship between nature and structural complexity, particularly relating to ‘free form’ architecture, where lines and shapes are approximated in order to create intricate geometric structures. The skeletal construction method gradually brings the visual elements together while drawing with the material, inciting the viewer into a potential state of meaning.

Steve Elliott was born in Quantico, Virginia. After serving a four-year active duty tour in the Marine Corps and extensive travel experiences overseas, he earned a B.F.A. from the University of Kansas and M.F.A. from the University of Maryland. His large-scale sculptures and mixed-media works have been included in more than eighty exhibitions and collaborations in twenty-six states nationwide, including ARC Gallery (Chicago, IL), 516 ARTS (Albuquerque, NM), Mid America Arts Alliance (Kansas City, MO), Joslyn Art Museum (Omaha, NE), the Sioux City Art Center (Sioux City, IA) and the Manoa Art Gallery in Honolulu, Hawaii.

Steve Elliott is the Vice President for Academic Affairs at Wayne State College, where he has also served as the Dean of the School of Arts and Humanities, Chair of the Department of Art and Design, and Director of the Nordstrand Visual Arts Gallery.